Economics depend on the total system cost When considering the economics of elastomeric seals, it is vital to look beyond the cost of the seal itself and compare the total cost related to the sealing solution. The total system cost in use is the sum of the cost of O-ring seal + installation cost + downtime cost (including loss of productivity through leakage + clean-up costs).

The following case studies highlight the total system cost comparison. They take into consideration the frequency and cost of seal replacement as well as the attendant downtime cost 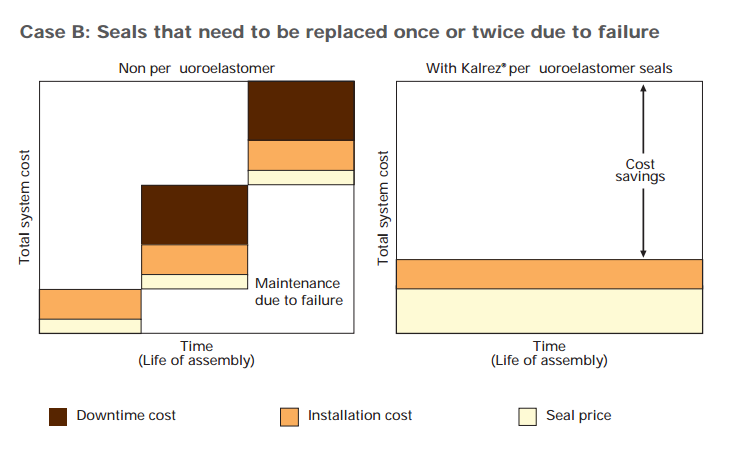 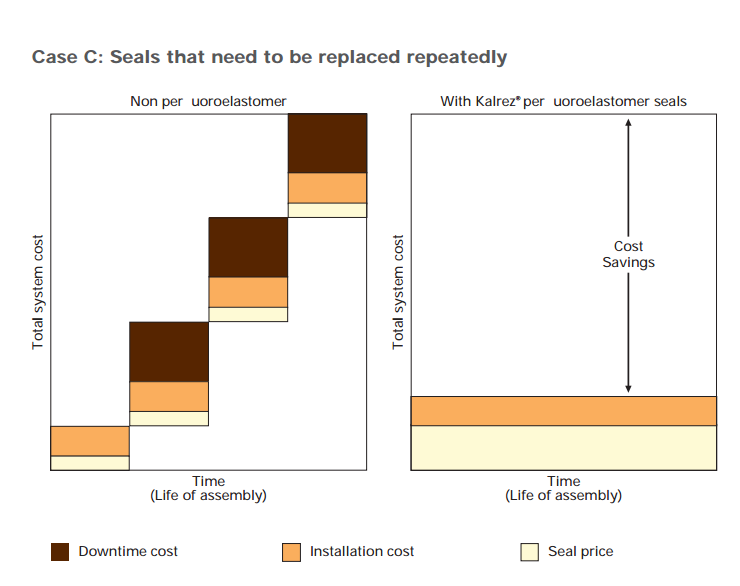 Seals that need to be replaced repeatedly In this situation, seals need to be replaced several times. Using a conservative estimate of service life of perfluoroelastomer seals being four times that of conventional sealing material, the replacement and downtime costs associated with repeated, multiple replacements of existing seals far outweigh the initial higher costs of perfluoroelastomers. In addition, the unplanned replacement of existing seals would further increase downtime costs, as well as having other, possibly serious, effects.

Seals that are replaced on a schedule When seal replacement is regularly scheduled instead of wait-to-fail, for reasons of safety, service, quality or economy, the downtime costs incurred in replacing existing seals is usually constant. The added expense of switching to DuPont™ Kalrez® perfluoroelastomer seals should be offset by doubling periods between overhauls. In certain cases, this period could typically be tripled or quadrupled.